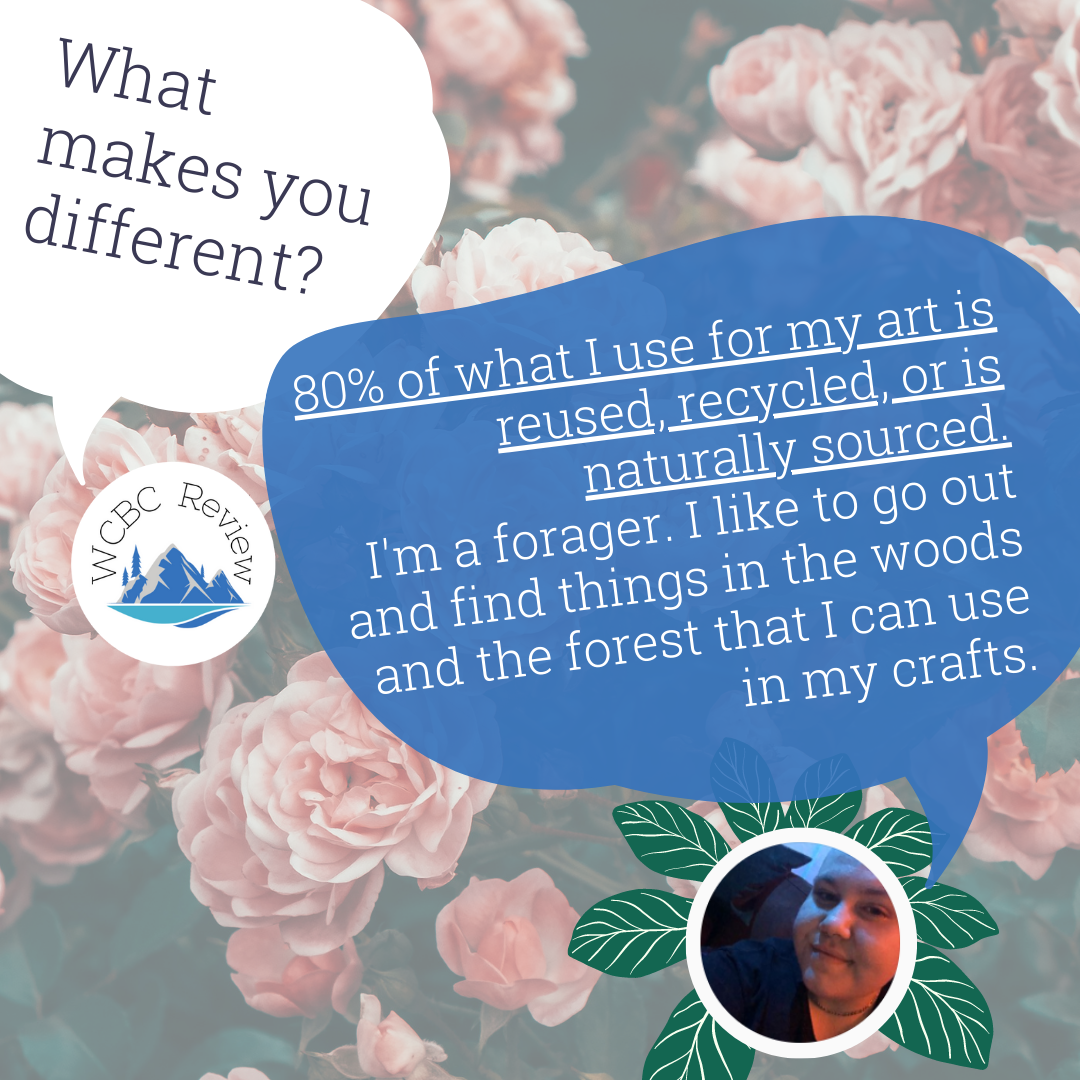 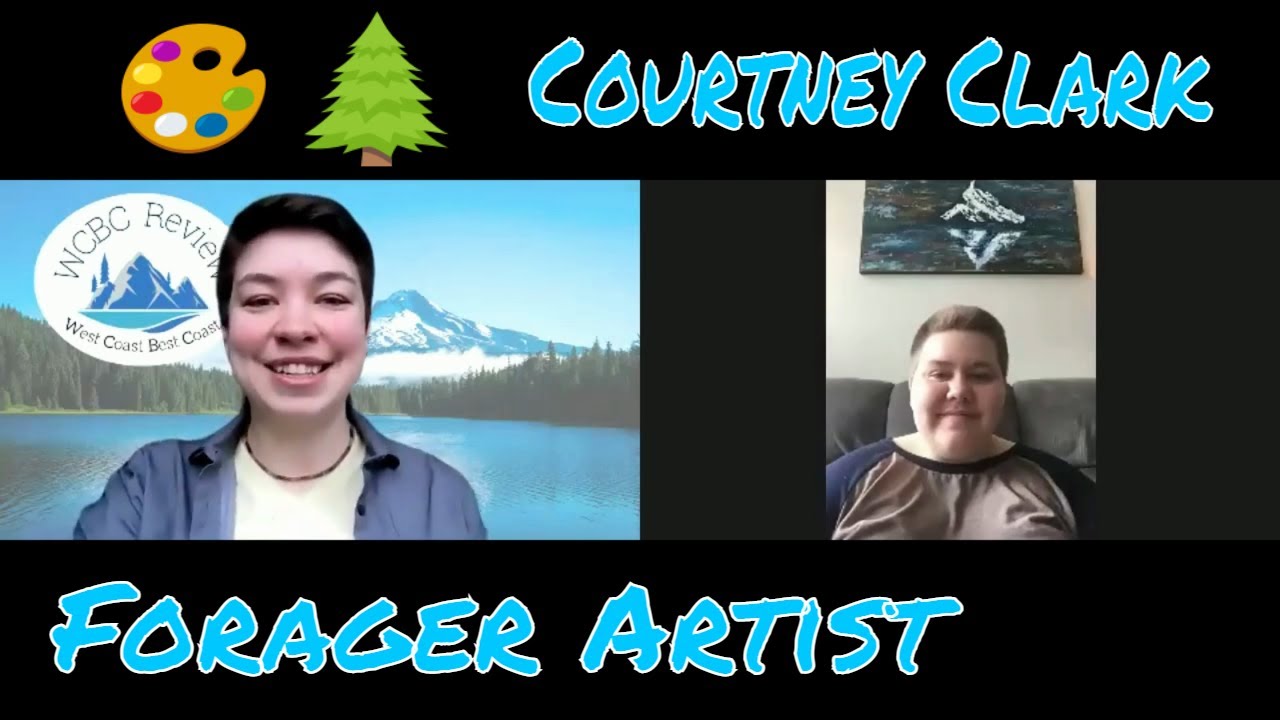 In this episode we discuss what working for someone else can do to our mental health, where to find eco-friendly art supplies, and finding your audience.

Courtney Clark can be found at Courtney Of Art on Instagram. 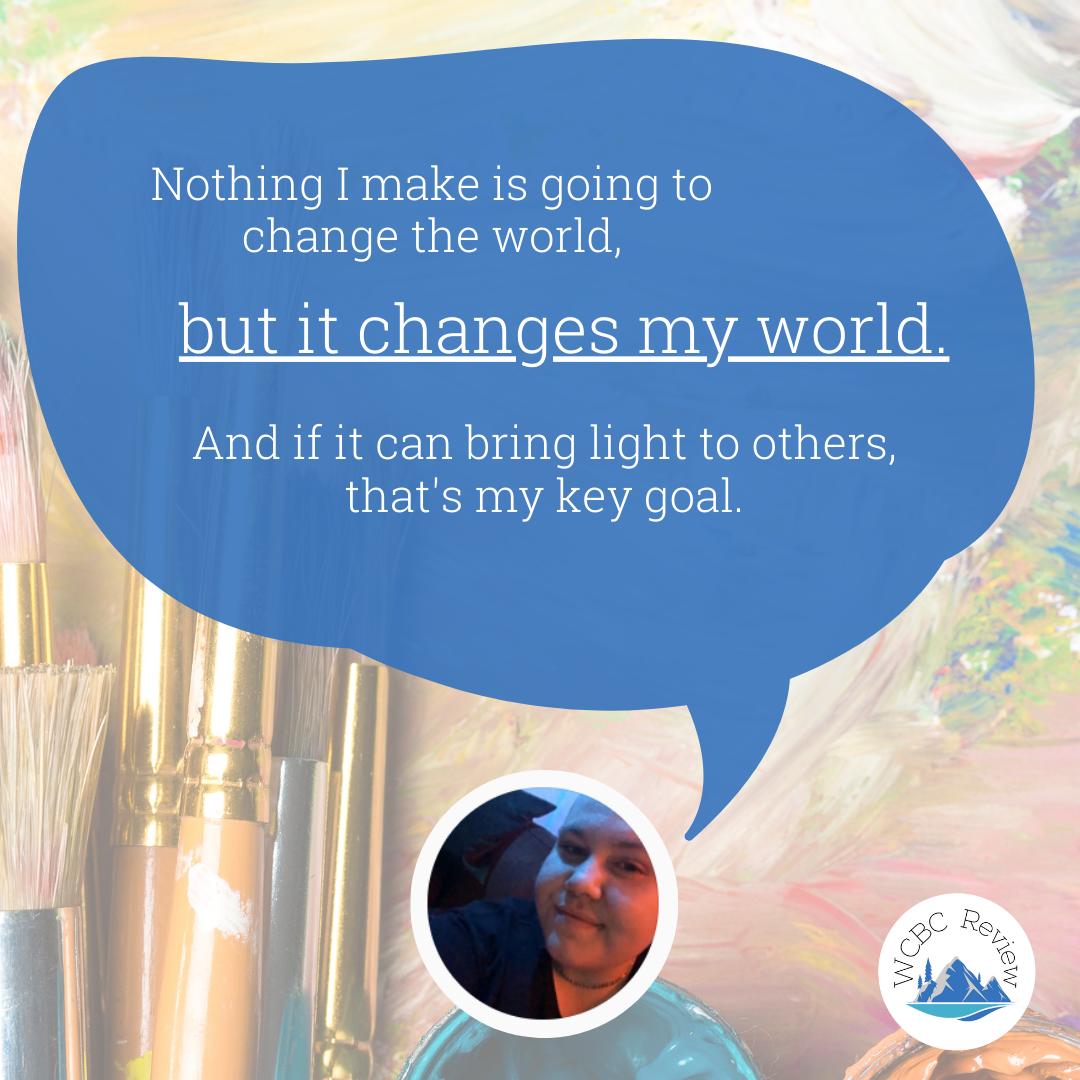 Cardinal:  Hi, and welcome back to WCBC review, where we put the spotlight on small businesses. Today, we are interviewing artist and creator Courtney Clark. How are you today, Courtney?

Courtney: Hi, I'm doing really well. How are you?

Cardinal: Oh man. I am super good. It's been a great week so far, and I'm really excited to talk to you because I'm an artist myself as well.

I do photography, I make handmade cards and all that, so it's always good to talk to other creatives.

Cardinal: So how long have you been making art and when did you start deciding to sell it?

Courtney: Yeah. My mom is an artist she has been painting for as long as I can remember. So. I have been painting ever since I was a kid and I'm starting to stack up my skills.

You know, when I was in my teens, I started to learn, you know, how to knit and how to do other art forms and sculpt and stuff like that. And it wasn't until very recently that I

thought to put my stuff out there to sell, maybe in the last year or so.

Cardinal: Wow. So it sounds like you're kind of a Jack of all trades. You got a couple of different mediums there. Yeah.

Courtney: Yeah. My biggest passion is learning a new traits. So I really like having a tool belt of skills.

Cardinal: Are you running into the issue where you just have made too much art and that's why you're wanting to sell it.

It's just like make some space so you can make some more.

Courtney: Actually, I just ran into some trouble with like corporate jobs. And I'm just trying to find my niche. With like mental health and, you know, the pandemic going on right now. It's really important that you like what you're doing and that you are able to do what you're doing for, you know, during crisis mode.

This has been a lot helpful during not having jobs during COVID-19. Mm.

Cardinal: Well, that's great that you have your, your skills to fall back on. It sounds like you've been preparing for this for a long time. So what, what has been the toughest thing as you move into this world of actually putting your art up for sale?

Courtney: The toughest thing is finding a group of people that, kind of align with what you're selling and who you're trying to sell to. A lot of my things fall under the category of like witchy, witchy art. And you know, luckily I live in Portland and that's like a really, that's a really popular thing here.

So, you know, locally, I'm having some good luck, but, you know, expanding my business and trying to reach further than, you know, the town that I'm living in. It's a bit difficult finding those groups of people.

Cardinal: So do you have. Any storefronts that you're in, do you collaborate with like cafes and stuff to kind of put your art in there?

Or are you just selling online?

Courtney: Yeah, I'm just selling online at the moment. Stores are just now kind of starting to open back up, especially those, you know, smaller art stores or maybe coffee cafes. But I would be very interested in getting my stuff into some stores and collaborating with some of my favorite businesses.

I think that's a great idea.

Cardinal: Yeah, I've, I've done that before. Living down in Eugene, they're so friendly for local artists, and I just did what, what exactly you just said, just going into your favorite stores once that you go to a lot and maybe they already know you and bringing in a little case. So your stuff with you and being like

I made this!!! There's a couple different ways you could have it up on commissions. So like instead of them having a, buy it out, right. And take that risk of like investing money in you in a product, they don't know if they could sell or not. You could say like, Hey, you know I'll just put these in your shop.

And when one sells you get like 10% or whatever.

Cardinal: So. If a customer or an art collector came up to that coffee shop that your art is in, in the future. And they saw a couple other artists also in that shop, sort of selling other things similar to what you do. What do you think was attract them to yours above the others?

Courtney: One really big selling point that I think that I have is I've done the calculating it's about 80% of what I use for, for my products is reused or recycled or are naturally sourced. So I'm a forger. I like to go out and find things in the woods and the forest that I can use in my crafts.

And it helps financially and it also decreases my carbon footprint. So hopefully that's something that people are looking for nowadays.

Cardinal: Oh, it absolutely is. That's great. I love that a lot. So are you using like natural. Rocks and branches that you find, what do you forge for?

Courtney: Yeah. Exactly that I look for rocks and stones and crystals- if I can source them. I find like foliage and flowers that are dry and put into my candles. I recycle the jars that I use for my candles. And a lot of the wax about 50% of the wax that I use for them are reused from old candles or bought from estate state sales. So yeah, I really, really try to cut down on, you know, the rebuying and stuff like that.

Cardinal: That's really cool. Isn't it funny how I feel like a lot of people have an argument against using eco-friendly resource of like, Oh, it's more expensive when really it's not. If you're reusing things like there's already so much material in this world, and there are also like reusable sort of thrift stores for, for craft supplies, like scrap in Portland or

Courtney: Absolutely. I love to go to scrap PDX. I get crayons. They're always broken in half, but it doesn't matter because I dye my candles with the crayons there.

Courtney: Yeah, that's another one of my strong points is I, I am really resourceful with my craft.

Cardinal: That's great Courtney. So in a perfect world, let's pretend that COVID is gone away and it's solved and everybody is vaccinated and safe. If you had to look a year in the future, what do you want your fledgling business to look like?

Courtney: Yeah. Well hopefully I learned some more skills and I get a couple of more products you know, made and ready to sell.

I'd really like to have some online shops going. And something that I'm looking forward to in the future is getting a shop set up in Portland. It probably wouldn't be a year off into the future, maybe two or three. But  that's one of my long-term goals.

Sounds like you're diversifying. I love that. So why, why do you want that to be a goal though? Like, are you. You're wanting to move completely away from corporate America and, and work more for yourself. Or are you wanting to just spread your message with your art? Like what's the core reason that you make these things?

Courtney: Yeah. While working in corporate jobs, I was really in tune with my like mental illnesses. And they kept me from a lot of things that I couldn't do during work. And ultimately, you know, my mental illness got me in trouble at work, you know, I wouldn't be able to show up and it just wasn't, it wasn't a good time.

For myself and that can help other people. I mean, nothing I make is going to change the world, but it changes my world. And if it can bring light to others, then you know that that's my key goal.

Cardinal: That's beautiful. I love it. That's I, I definitely feel you with the mental health. That's a big reason that we decided to go into business for ourselves as well.

Is just, it it's a lot. And when it doesn't align with your values as a human being, it's extremely demoralizing to be stuck in a job, doing something that you think hurts people. Yeah. Yeah. So cheers for moving away from that.

Cardinal: The question I like to wrap up with is if you had an artist in front of you who was just thinking about starting to sell their art, would you have any advice for them? What would you tell them about starting their own business?

Courtney: I would say try not to be too impatient.

You know, focus on what your passions are and then everything else will fall into place. Yeah, don't focus on the money too much. You know, that that stuff will come if you believe in yourself.

Cardinal: Mm, nice. And if you get your art out there so people can actually see it and buy it.

Courtney: Right. Get yourself out there.

Cardinal: Yeah, I love it. Okay, Courtney. Well, it's been really nice talking with you. I love that. Painting above you as well. Did you work on that? Oh,

thanks. Nope, that's my mom's work.

Is it Timothy Lake?

Thank you again. And where can people find you if they're want to go check out your art?

Courtney: Yeah.  You can find me on my Instagram. It's Courtney of art or Courtney oh fart, whichever one you'd rather.

Cardinal: Awesome. Okay. Everyone. We'll go check out Courtney at there. Courtney. Oh, fart, Instagram and see what they got going on there until next time.

This has been WCBC review and keep on keeping on everyone.

In this episode we discuss avoiding burnout, providing a space for like-minded folks to gather, and the importance of gender and sexuality training for therapists.

In this episode we discuss self doubt, and how the acclimation of our experiences leads us to posses more knowledge than we know.

In this episode we discuss finding the humor in murky waters, staying true to yourself, and making time for self care.

WCBC Review interviews Gary Miller of Miller’s Mobile Tax Service- A CPA who can meet you wherever you’re at.

In this episode we discuss growing through word of mouth, how to give outstanding customer service, and (of course) getting as many deductions as possible on your taxes.

Explore the people who make the West Coast the best coast

Discover the stories behind the movers, shakers, and community makers that are small business owners. 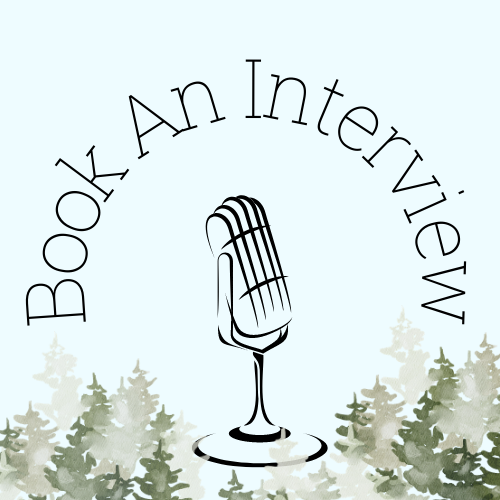